PolyKahr
My name is PolyKahr and I am a grumpy old man. I have seen individual rights sharply decline over the years I have been on this planet. I wonder what will be left when my grand daughter comes of age. More than anything, I want to turn back the clock. I want to leave this earth knowing that individual liberty has been restored, and that she can live her lifetime in freedom. 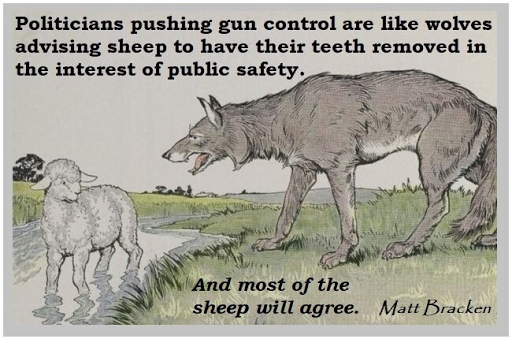 Today at Townhall.com, Jacob Sullum has a very good article explaining the legal problems with the bump stock ban that President Trump put in place. The ban was a distinct stain on an otherwise pretty good presidency. You can find the article at The Bump Stock Ban Highlights the Danger of Letting Bureaucrats Invent Crimes. The Founders intended that the Congress would make laws, that the Executive would faithfully execute those laws. and that the Courts would interpret those laws. Congress has no authority to delegate to the Executive the power to make up the law, or impose crimes not mentioned in the law itself. But they have been doing it anyway, so President Trump might have been excused for thinking he had that power.

Two years ago, peaceful, law-abiding gun owners across the country became felons overnight, thanks to the Trump administration's ban on bump stocks. But as the U.S. Court of Appeals for the 6th Circuit recognized last week, Congress alone has the authority to define new federal crimes, while the president and his underlings are charged with enforcing those laws.

Combining both powers in a single branch is a license for tyranny -- a danger the framers tried to avoid by carefully separating the legislative and executive functions. Regardless of their views on gun control, Americans who care about the rule of law should be troubled by the implications of letting unelected bureaucrats unilaterally and arbitrarily criminalize previously legal conduct.

It has been getting worse and worse with each president we elect, until at what point do we no longer recognize the country anymore. The Founders must be rolling over in their graves. But good for the 6th Circuit for getting it right.
Posted by PolyKahr at 8:00 AM